To the north of the state house is a monument to Thurgood Marshall, the first black justice of the US Supreme Court and formerly a Maryland lawyer who won many important civil rights cases.

Close by are the state treasury building, erected late in the 17th century for the House of Delegates; Saint Anne's Protestant Episcopal church, in later colonial days a state church, a statue of Roger B. Taney (by W.H. Rinehart), and a statue of Baron Johann de Kalb.

Annapolis has many 18th-century houses. The names of several of the streets—King George's, Prince George's, Hanover, and Duke of Gloucester, etc.—date from colonial days. The United States Naval Academy was founded here in 1845. During World War II, shipyards in Annapolis built a number of PT Boats, and military vessels such as minesweepers and patrol boats were built in Annapolis during the Korean and Vietnam war. 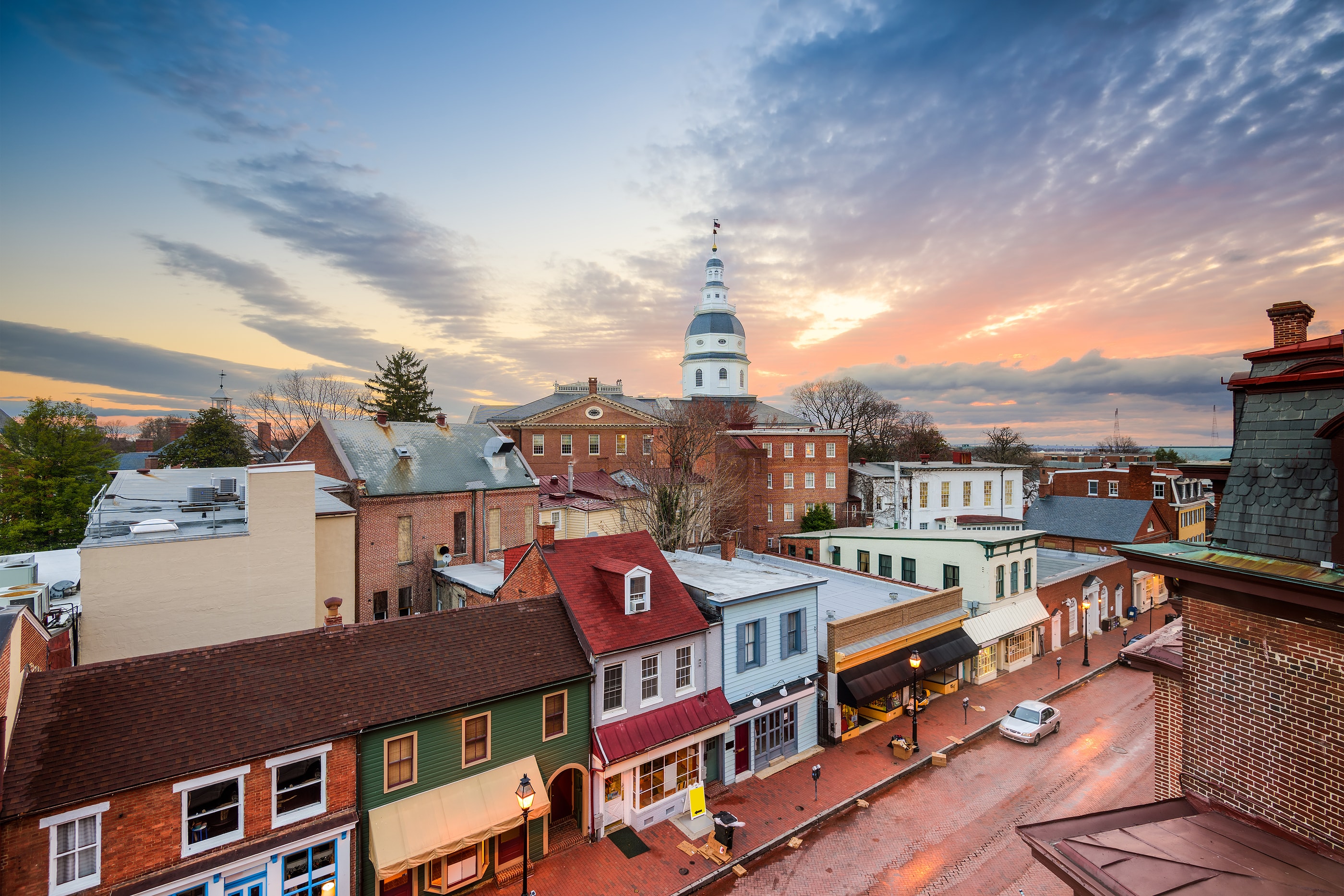